One Question that Could Save Your Marriage

“Who knew marriage could be so difficult?” asked Sara:
“One day you’re this care-free woman, pretty selfish and self-indulgent. Next you have a roomie – and one that is supposed to share that room with you for the rest of your life!”

“We were living on top of each other,” she added,

“Everyone has disagreements – big and small – and we’re all supposed to handle them in some way or another.”

All married couples experience difficulties. Learning to disagree can be one of the hardest but most rewarding experiences in a marriage. Even more rewarding is resolving these disagreements and keeping unhappiness at bay.

Prolonged disagreements could mean there is a chronic problem between spouses, and could ultimately lead to unhappiness. Marriage counselors reveal that this unhappiness is sometimes caused by a void in their expectations of their spouse.

“What Could I do to Make You Happy?”

If you are going through a rough patch with your spouse, and really feel the need to debunk the problem, try asking him: What could I do to make you happy?

“When the counselor at themasjid asked me to ask my husband that question, I thought, ‘no way!’” exclaimed Maryam, an excited and expectant first time mother.

“I’m hormonal and vulnerable. I just hope he’d shrug like he would normally do rather than say anything at all!”

Plenty of women find themselves in the same position as Maryam when dealing with answers to this question. Therefore, find a quiet moment, after the children have gone to bed, and living-in parents or other family members have vanished into their corners of their lives. Make sure both of you are relaxed and perhaps you could prepare two mugs of hot cocoa.

And the ambience helped Maryam:

“He was at surprised at the question, so I allowed myself to explain my feelings that led me to ask him about his happiness,” she said.

“He did need some coaxing to reveal his feelings so I kept it lighthearted, and showed that I really wanted to listen.”

It was difficult at first for Maryam, but she realized that there were not that many things that were causing a rift between them, and they could be easily resolved.

Every husband is different so each scenario would be different, but here are some common issues that could hit familiar chords.
It Could be (the lack of) Your Sex Life

“Yes it was the lack of sex,” admitted Sara, working mother of three.

“I am actually surprised that he took this long to let me know because I was getting frustrated too. We were always busy, and when there was enough time to spend together, we would end up snoring within the first five minutes if we were lucky. Or we would be complaining about work or the kids, and ultimately end up bickering.”

Intimacy is not always easy to achieve especially in today’s busy world, but if it is lacking, it can set sirens off in your relationship.

“When he said he missed us as a couple before the children, we decided it was time to cut back on the working hours and spend more time with the kids. At the same time, we could also send them on playgroups without feeling too guilty (as if we were neglecting them).”

“That took a load off,” Sara said,

“We had more time to be together. Not just for sexual intimacy but to ‘date’. We could actually talk to each other without feeling grouchy or exhausted. It felt like we were newlyweds again, even if it was just for two hours a week – and then our son would then come back with a poopy nappy.”

Not everyone has the flexibility that Sara and her husband has. Sometimes it takes a little more planning. A weekend away from responsibilities or setting a new schedule for date night could just do the trick.

For Nadia it was a little more complicated.

“I had a bad birthing experience with my fifth child, and I had not realized it had affected me sexually until my husband brought it up.”

“He felt that I was holding back and was feeling ashamed of my body,” she said.

“That’s when I broke down and told him that I had felt humiliated during the last birth and no longer sexually attractive.”

“He was shocked,” she continued, “because he had no qualms about my physical appearance even though I had changed so much since before the babies started coming.”

Nadia’s husband arranged for her to meet with a psychiatrist on her own, and later they attended as a couple. After a few months it resolved the issue and Nadia realized that she too had been unhappy. Other problems can affect sexual well-being, such as female-related infections. If you find that the lack of intimacy is affecting your marriage, then this is the time to thrash out the problem.

A healthy sex life revolves around a couple who actively look forward towards intimacy and enjoys it even more.

He Wants to Be the Man

“My parents always had high expectations of me,” said Sara,

“… and for some reason this included climbing the corporate ladder and hiring a housekeeper to do the ‘woman’s’ jobs around the house.”

“They groomed me to be as good as the boys; en par with my brothers; and an equal breadwinner with my husband.”

Sara realized that though these were amiable traits, she was becoming more of an identical being of the household rather than a complementary one to her husband. At some point she was taking over a lot of responsibility that her husband would have liked to shoulder.

“He asked me: ‘if I wore a skirt and lip gloss, would that be okay with you?’ I did not need much convincing after that.”

If your husband feels that he is losing grip of his position as the head of the family, think about it – have you been trying to replicate his role, instead of assuming your important one as the consultant, advisor and nurturer of the family? Generally speaking, women have a lot to shoulder, without prying for the role of the alpha-male!

“So when I started to cut back on my work hours, I began to realize how fun it was to enjoy my children. I could also start grooming myself for the home… and the best thing is: I found nothing demeaning about it. I even wore a skirt once, and it really won me points. I guess he really wanted to be the person to wear the trousers around the house, and I had to respect that. I did, and I love being his consultant and advisor.”

Being feminine is not secondary to being a man – after all, beauty and elegance are what differentiate women from men.

“I am the only woman he is allowed to look at – I might as well make it a rewarding experience for him,” said Sara!

He Never Wants to Feel Abandoned

So, first he needs you to be feminine and beautiful, but he also needs the assurance that you will support him during the times he needs you most. Yes, men can be delightfully complex.

“While I was going through post-partum stress, my husband was shortchanged for a promotion – one he had been eyeing for three years,” recalled Nadia.

“I was so self-absorbed in trying to bond with my fifth baby, and getting over the birth stress. I never realized that he was going through a rough patch too.”

“While talking about his insecurities,” she said, “I realized how strong a woman I was, and how much he needed me. That experience helped me overcome my low self-esteem and post-partum depression and reconnect with the father of my five beautiful children.”

It takes a really big man to ask from help from the women he cares about the most; and who better to support him than his life partner, the person who he wishes to protect, and the woman who shares his home and children with.

He Needs to Know He is Appreciated

“Waheed was psyched up when he found out we were expecting.  He bent over backwards with overtime, started piling on gifts for the baby, and bought me plenty of books on childcare.”

“Of course, I did not notice. I was too busy being pregnant myself.”

Maryam said she felt the world revolved around her to the extent that she could not be bothered with anyone else’s feelings.

“Hormones… blame it on the hormones!” she giggles, but when Waheed began to become distant in the second trimester, she felt suddenly alone and neglected.

“He said he was not sure if he would still exist after the baby came. I thought he was crazy, but after a while I knew he was right. I had never said ‘thank you’ to him for anything he had done. I just assumed he had to buy me all those gifts and buy the baby all the gear.”

“Tell him that you appreciate him,” advised Maryam,

“Al-hamdu lillah I realize now. Who knows how bad the situation would have become if I had only realized after the baby came. We would have another roomie, who would only express dissatisfaction through screams!”

Finding Answers to His Answers

“It can be an eye-opener when a husband spills his insecurities to his wife,”

It can be harrowing pick up the pieces, but working on them can ultimately save your marriage. Of course if he says, “the house is never clean,” try not to scream at him. It definitely is not dissatisfaction in you, but maybe he just needs a few pointers on how the conversation is supposed to shape up. But set it aside as an afterthought, and work on ways to perhaps make the house a little more presentable if it really is in shambles.

If it is possible, check back with him in a few weeks, and ask him how he feels about your efforts.

“Try to point out a few examples of your efforts to give both of you a better picture,” said Maryam.

“We spent an evening going over a list of baby names. It was hilarious and at the same time very settling. Waheed finally said he felt like he was pregnant too. It’s a shame I can’t load off my water retention on him though.”

Of course satisfaction and dissatisfaction work both ways – and the good news is, so does communication. If there is something bothering you in your relationship, you also have the right to speak to him from the heart. Tell him about things that are making you unhappy in your relationship – and do this sincerely, rather than out of spite. Just because he points out a few things that makes him unhappy, it does not give you the license the gun him down with your own list of faults.

“Just because he is upset about a few things in your marriage,” says Nadia, “It does not mean that he does not love you. By the very fact that he wants to talk about them (even with a bit of probing) shows he genuinely wants to work his way out of the rut – and he really does care.” 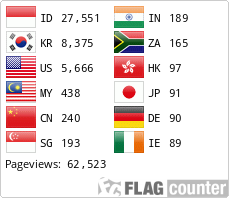